Do you expect us to talk? is at Endgame now. After 10 years, Marvel has finally reached the huge landmark in what is an end of one era and the start of a new one. After Thanos wiped out half the universes population, the rest of the Avengers seek out revenge. However, when a possible solution arises that could reverse the damage caused, The Avengers must risk everything one more time. One thing is sure, there’ll be tears by the end.

Join Becca, Dave and Chris as we discuss, the laws of time travel, Austin Powers, perfect endings, fat shaming, who has mayo on hot dogs, new Hulk and Dave has a better theory for an ending than the Russos.

Do You Expect Us To Talk? returns with our Marvel series with Guardians of the Galaxy Vol. 2. Picking thing of from the last film, the team or off to adventures defending the galaxy and getting to trouble. When the gang encounter a mysterious Ego who claims to be Peter father, the team fragments as Yondu is hired to capture them but may have some problems of his own. 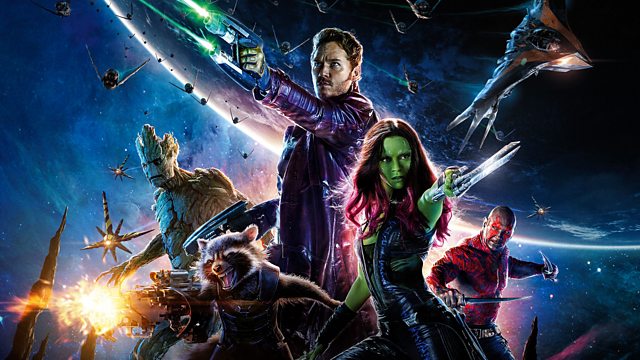 It’s commentary time on Do You Expect Us To Talk? and as we end Phase two of Marvel, It is Becca’s choice and its Guardians of the Galaxy. Join us on our viewing of Marvels first space adventure on a variety of different formats as we talk about anything and everything but the movie itself. This includes old video shops, the sad tale of J R Hartley, more ranting on Bond and the more serious subject of Hollywood perversion and if that damages the work of the artists… Oh and we also talk about the film a little bit.

Do You Expect Us To Talk Will Return with Captain America: Civil War

Do You Expect Us To Talk? continues with Marvel with what was seemingly the biggest gamble yet, Guardians of the Galaxy. Set in another Galaxy, it follows Peter Quill who was abducted by aliens after witnessing his mother’s death from cancer. Now he’s adventurer out to make a quick buck while running from smugglers and just upsetting a dangerous force Roan who seeking power to destroy anything that’s not considered pure. Peter encounters Gamora (adopted daughter of Thanos), Rocket (Racoon), Groot (a tree) and Drax (an alien who takes everything literally), who reluctantly join forces to save the galaxy.

Join Becca, Dave and Chris as we discuss, the new Marvel titles and where it’s placed, why we sounded shit 2 weeks ago, get nostalgic about walkmans and how they pale in comparison today and Dave constructs the greatest joke of all time.

Hey it’s about a week late but here’s a spoiler podcast on Guardians of the Galaxy. Joining me @CinemaTronix is my regular partner in crime Scott @Celluloidical and regular spoiler contributors Amon  @awarmann and Chris (Mr Ejizu) @MovieUmpire  and we all gather to talk about Marvel’s latest instalment and what was potentially their biggest gamble turn out to be a smash hit.

Directed by James Gunn and staring Chris Pratt, Zoe Saldana, Bradley Cooper, Dave Bautista and Vin Diesel, expanding the Marvel Cinematic Universe to another galaxy was a band of misfits get together to save the universe.

We recorded on my birthday so apologises if sounds of me eating birthday cheesecake come through but what the hey.

Be aware that this is a SPOILER podcast so we ruin the heck out of it, however most of the world has already seen it already anyway but just in case.

We also chat about Comic-Con and me and Amon have a disagreement about Expendables 3 and rank the Marvel films in order of preference.

and leave us a lovely review and send us an email geeksoapbox@gmail.com with any feedback or questions, they are all welcome. Please stay tuned.

“It’s like you said, bitch. We’re the Guardians of the Galaxy”
A fast-paced, kinetic, hilarious and incredible space romp that introduces us to Marvel’s Guardians of the Galaxy, a team of misfits who form an uneasy alliance to take on Ronan the Accuser, a Kree radical who targets the Guardians after they interfere with his plans.I was lucky enough to attend the UK regional premiere of Guardians, seeing a week ahead of release. I’m very thankful for it. Moving at a swift 2 hour running time, director James Gunn delivers a hugely satisfying adventure that has no meat on the bones and only serves to make you enjoy yourself. How it all fits into the grander scheme of the Marvel Cinematic Universe is yet to be seen as the premiere screenings did not include the post-credits sequence (of which Gunn has since admitted has only just wrapped filming).

On first viewing, on sheer fun alone, it eclipses every film that has come before it. It’s refreshing to see a new bunch of characters, especially characters that are so charming and funny. Special mentions are reserved for Rocket Raccoon, voiced exceptionally by Bradley Cooper and his sentient tree companion, Groot voiced and motion-captured by Vin Diesel. Both are hilarious and fantastic in their own right.

As it stands, the Avengers remains the best of the Marvel Cinematic Universe. It will be tough to beat Whedon’s mammoth team-up but Guardians of the Galaxy is certainly up there with The Winter Soldier as the best that Marvel has to offer. May Marvel live on because with the close of Phase Two and Age of Ultron just round the corner, it shows no signs of stopping.